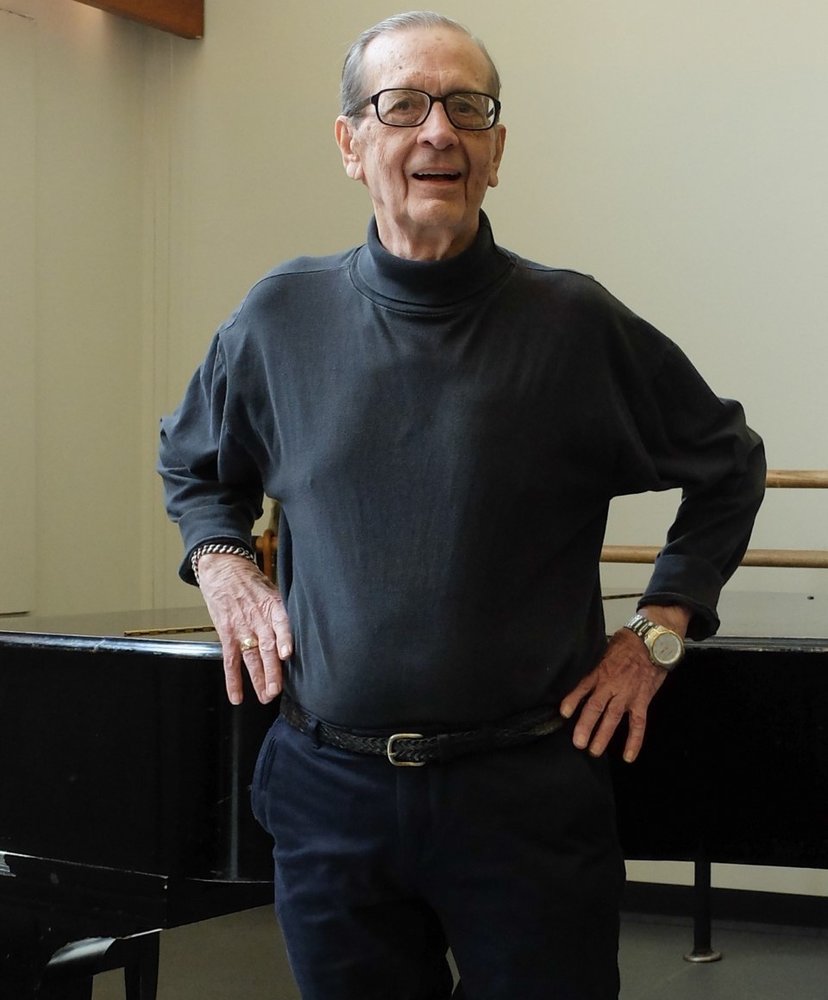 Please share a memory of Lawrence to include in a keepsake book for family and friends.
View Tribute Book
Since 1978, Reed Hansen’s beautiful and inspiring music has carried me as a student, performer, director and teacher. The necessity to document his vast wealth of knowledge drove me to set up a single camera in the studio in 2014. For years, I had been thinking about how essential it was to capture Reed in his element. I knew instinctually that time was of the essence and it was Nan Melville’s generous guidance and steadfast optimism throughout that gave me the courage to move forward in earnest. Then 82 years old, Reed had been accompanying classes of the Martha Graham Technique™ at The Juilliard School since 1958 and has had an enduring relationship from the early ’ 70’s with the Martha Graham School and the Martha Graham Dance Company. Martha chose Reed as her personal accompanist. It has been well established that all existing contemporary dance techniques can find their roots in the vocabulary and principles of pedagogy pioneered by Martha Graham. The musician is a critical component to the teaching of Graham’s technique and to a student’s ability to understand its expressive and dynamic physicality. The Graham accompanist’s vital role in the classroom, however, has never before been documented to provide a way that replicates how so many musicians learn to play for the technique — through intensive observation and sensitive listening in the spontaneity of the classroom. For those so fortunate to observe him in the studio, Reed Hansen has been that distinguished musician to emulate. Reed has a deep-rooted sensibility of the union between teacher, student and accompanist. Through masterful improvisation, his lifetime development of the musical underpinning of Graham’s formalized physical language, its progressive vocabulary, transitional phrasing and nuance, has enriched the artistry of generations of dancers and forged the way for other dance accompanists. His contribution to the preservation of the methodology for teaching Martha Graham’s codified technique and philosophy is unprecedented. I see Reed as one of our unsung heroes and, through the filming process, have not been able to separate the man from the work. The two are so selflessly intertwined. The Sacrosanct Accompanist, reveals the journey of a dedicated life, one that always brings such ‘amazing grace’ into our studios. A documentary and educational tool focusing on Graham’s essential floorwork vocabulary, this film gives an inside look at the technique, uncommonly — and solely— from the perspective of the accompanist. It is my gift to Reed and to those I hope will follow in his footsteps. Terese Capucilli, Faculty, The Juilliard School; Martha Graham Dance Company (1979-2005) Principal Dancer, Co-Artistic Director

A Memorial Tree was planted for Lawrence
We are deeply sorry for your loss ~ the staff at Gannon Funeral Home, Inc.
Join in honoring their life - plant a memorial tree
Online Memory & Photo Sharing Event
Online Event
About this Event