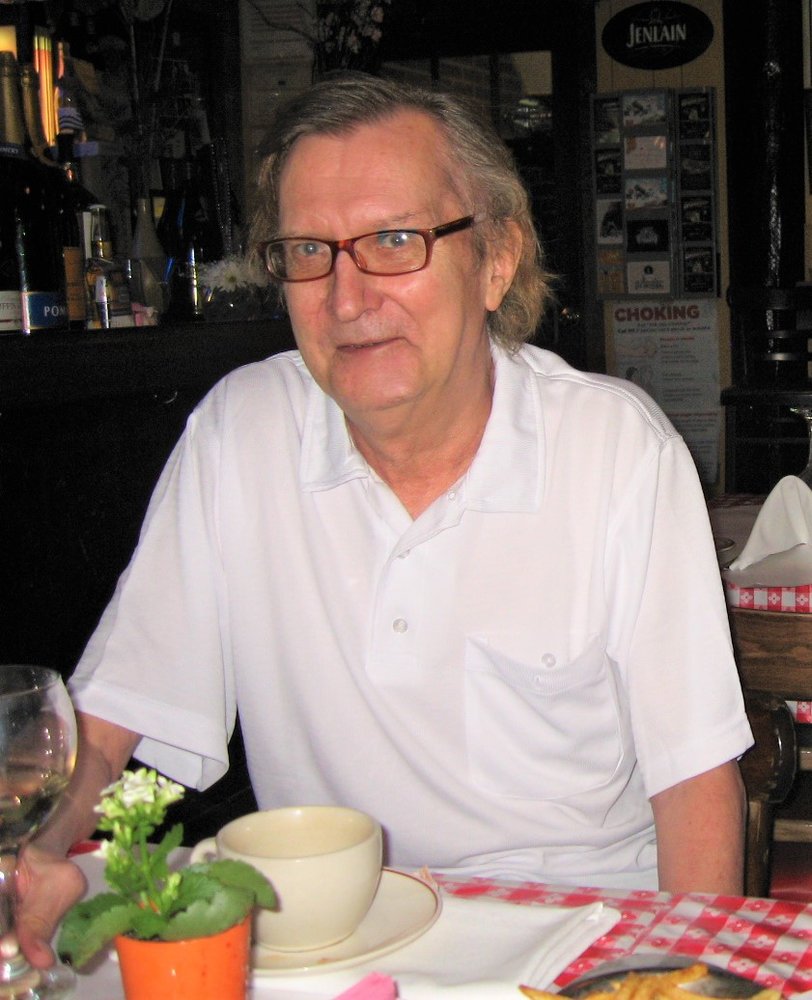 Please share a memory of Martin to include in a keepsake book for family and friends.
View Tribute Book
A post-war baby, Martin was born in Forest Hill, Kent (now in greater London) UK. Everyone said what a beautiful child he was with his fair curly hair and big blue eyes. He was a good runner, winning prizes at his school sports days. He enjoyed many summer holidays with his cousin Richard and friend Christopher as a child. He had a pet black rabbit and enjoyed performing magic tricks. Attending Clare House Preparatory School in Beckenham, followed by Sevenoaks School, Martin then pursued his studies at the Royal College of Music playing the Double Base, Cello and Piano. His father bought him a Mini so that he could transport his double base to and from the college and later to concerts. Martin played with the Royal Philharmonic Orchestra in the 1960s in London and other cities around the UK. Re-locating to Ireland for a period, Martin subsequently travelled to live and work in Canada before finally settling in New York, of which he was a very proud resident for the rest if his life. As far as Martin was concerned, nothing compared to NY for its cultural and social life. He eventually also became a US citizen. Martin was part of the NY gay community and suffered the loss of many dear friends and partners during the AIDS epidemic. This must have been a dreadful thing to experience and a very painful time. When Martin could no longer work as a musician, he made a living from taxi driving and subsequently, doing tax returns for private clients. Even during difficult times Martin’s dry and cutting humour abounded. He loved having a dig at politicians and discussing the political and social topics of the day. He was a great conversationalist and liked nothing more than company whether in person over a good meal or on the telephone. He was very interested in the family even from afar and kept in touch regularly with his sister in the UK. A big Lawn Tennis fan, Martin watched all the grand slams including Forest Hills and, of course, Wimbledon. He loved discussing players, statistics and the matches. Attending classical music concerts, the theatre, ballet and musicals in NY was another great love of Martin’s. Martin is also remembered as a lively host and raconteur. He particularly enjoyed seeing family from the UK and loved arranging accommodation and itineraries for them in NY. It gave him great pleasure to treat visitors to shows or concerts at venues such as the Lincoln Centre and Radio City Music Hall. In memory of Martin and in lieu of flowers, please donate online to Saint George’s Society, New York, which cared for Martin over many years, by visiting the website donation page: stgeorgessociety.org/donate