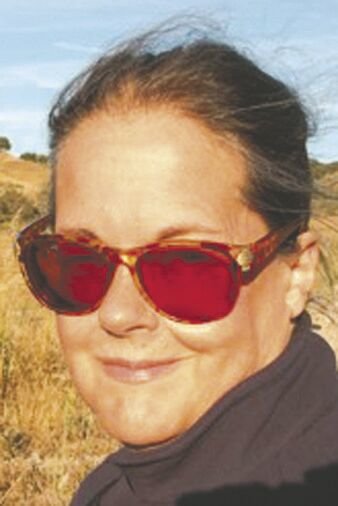 Please share a memory of Penelope to include in a keepsake book for family and friends.
View Tribute Book
Penelope Lockridge Hartnell, 79, passed away peacefully on October 3, 2020 in New York City. She was born Penelope Lockridge in San Francisco, California on April 19, 1941 to Hartnell Lockridge and Charlotte Umnitz Lockridge. Penelope spent her life between her beloved Santa Barbara County and New York City. A lifelong philanthropist, Penelope supported libraries and schools in the U.S. and Africa, particularly Mali. As a young woman in New York, she began as a guide at the United Nations. Over time she became involved as an organizer of volunteers with children's programs at the U.N. Penelope was also an accomplished photographer and her photographs appeared in numerous books and publications including the Los Angeles Times. She was a lover of art with interest specifically in African, feminist and landscape art. She collected art books and some art works in these subjects over her lifetime. Penelope fell in love with Orcutt and Santa Barbara County when her father would bring her to visit the family property in Orcutt. She loved the history of the area and was very proud of the part her family played in its development, as well as education in California. Her grandmother graduated from Stanford in the second class to admit women. And to honor her great grandfather's many contributions to education, the name of Salinas Junior College was changed to Hartnell College in 1948. Penelope actively continued that lifelong legacy of supporting education. She developed friends and associations throughout Santa Maria, and was known for her devotion and support of numerous local organizations. Penelope was preceded in death by her parents and is survived by her brother, Jeffrey Hartnell Lockridge of Tucson, Arizona. Her funeral and burial were private. In lieu of flowers, donations may be made to Friends of Orcutt Library, 175 South Broadway, Santa Maria, CA 93455 or Friends of the African Village Libraries, P.O. Box 90533, San Jose, CA 95109-3533.
Print
Monday
12
October