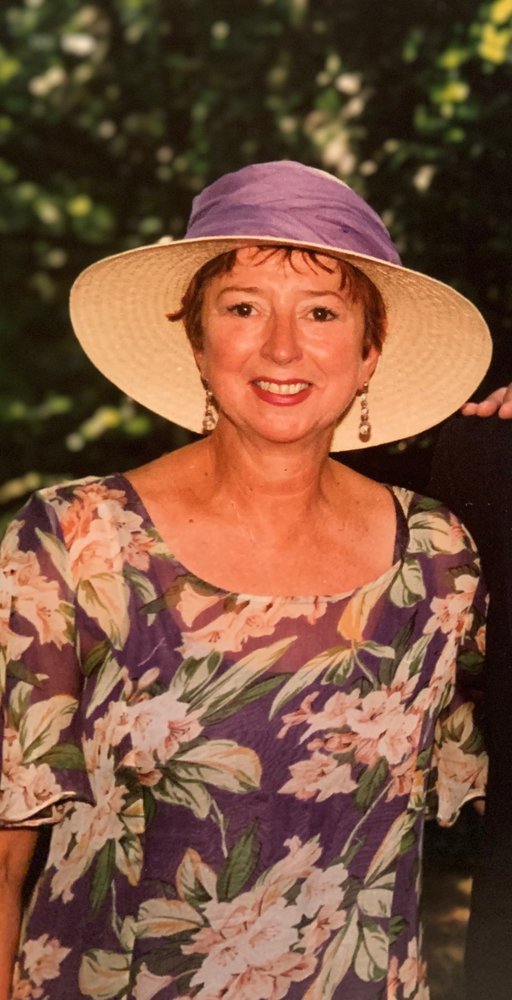 Please share a memory of Annabel to include in a keepsake book for family and friends.
View Tribute Book
Annabel Susan (Sue) Hulme was born in North London, UK, on January 18, 1939, to Anise-Ann and Norman Hulme. The entire family were either artists or art restorers, including her mother and father, brothers and sister, and uncles and aunts. Sue did not follow the family in traditional English art form. She learned Chinese brush work and managed to create all her own Christmas cards one year. In addition, she was a skilled photographer, capturing nature and flowers in all their glory and creating beautiful stationary for friends and family. In 1972, she met Tony Hughes, a former school chum of Sue's brothers, who had emigrated to New York. They got along so well that a year later Tony convinced her to join him. Just 21 years later, they became sure enough in their relationship to get married. Travel was an early passion. While in London, her first major job was with a company arranging and promoting travel to Spain. She and Tony enjoyed a life filled with world travel, often shared with their many friends and relatives. In the US, Sue continued to work in travel, first with The Bermuda Department of Tourism, then with the British Tourism Authority. Eventually, Sue took a role with the international hotel chain, Sonesta, where she was highly respected. Sue was a big fan of Norman Vincent Peale. Shortly after arriving in New York, she joined the Marble Collegiate Church. She loved it. "The Power of Positive Thinking" was bedside reading for comfort, encouragement and relieving stress. Sue lovingly tended to her vibrantly colorful gardens at her and Tony’s beach house in Peconic. A fan of “yardies,” she often brought friends and family hunting for treasures on the North Fork. She was a fan of Pilates, which helped her stay strong and young. Christmas was Sue’s glory. Her English holiday was filled with “crackers,” delicious stuffing with sausage and traditional Christmas pudding. She loved entertaining and was the most gracious of hostesses. Sue’s flaming red hair and bright-colored clothing and jewelry reflected her greatest attribute: a lover of life. Battling cancer twice, she seemed to breeze through surgeries and chemo with an unwavering positivity. A woman of immense faith, she loved her religion, her church and was deeply spiritual. Sue exemplified the term Carpe Diem. She lived every day of life to the fullest, bringing joy and brightness to anyone who was lucky enough to know her. Heaven has become a brighter, more colorful and beautiful place with Sue’s arrival. Sue is survived by her husband, Tony, his two sons, Larry and Keith, and their wives, Patty and Andi. Grandchildren include: Megan and Pat O'Brien, Katie, Douglas, Ashley, Eric, and Garrett Hughes. Sue is also survived by: her brother Roger, his wife, Nita and their children, Rupert and Ben; her sister-in-law, Sheila and her children, Jamie, Duncan, and Perelle; and many beloved nieces, nephews and cousins, including Caroline, Sarah, Gaby, Sophia, Dot and others. In lieu of flowers, donations may be made in Sue's honor to Doctors Without Borders
Print
Tuesday
20
October