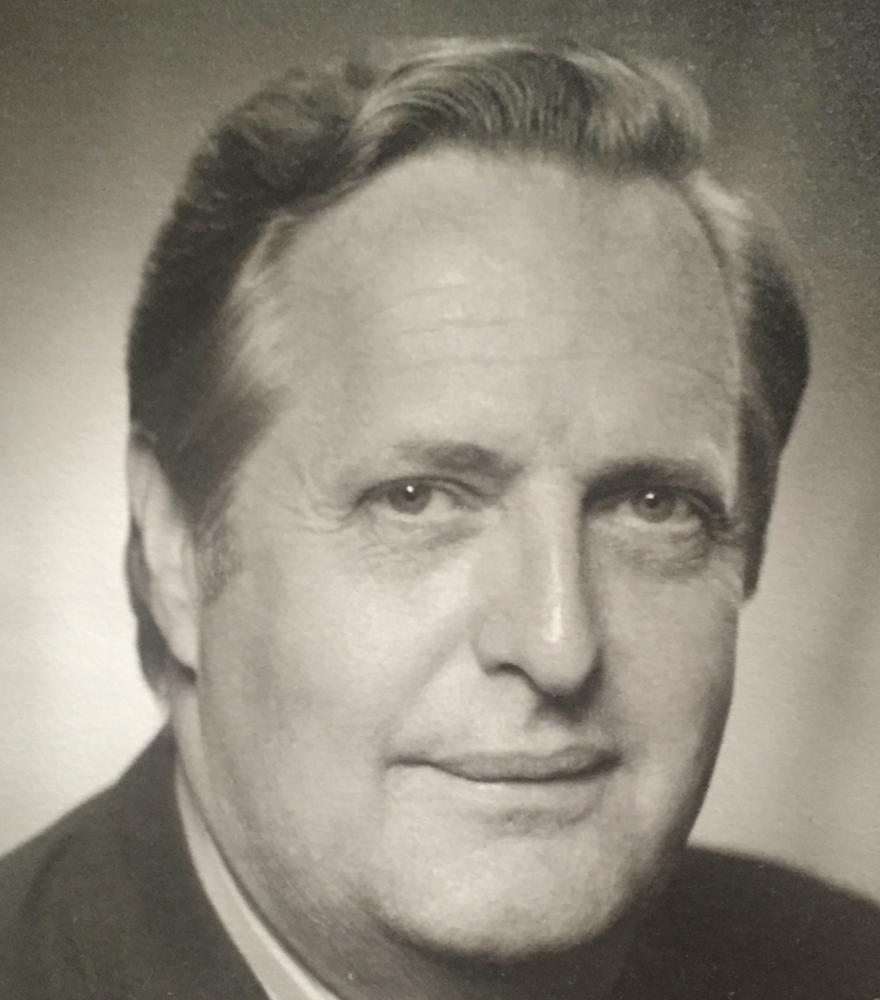 Please share a memory of Gerald to include in a keepsake book for family and friends.
View Tribute Book
Gerald Arthur Parker Born on July 2, 1918, Gerald Arthur Parker took up residence in Rochelle Park, New Jersey, with his parents, George and Martha, brother Bob, and sister Jean. Gerald lived for 97 years, and lived them he did, with his much bigger than life personality. He worked for Western Carloading, Inc as their Traffic Manager, and on his down time, he belonged to their Bowling league for many years. Gerald was a skilled bowler, and was awarded many trophies to document those skills. Gerald had a great sense of humor, and appreciated a good joke, while telling many of his own jokes. I’m sure he kept his bowling team mates in stitches, which may account for many of their gutterballs. Gerald was a veteran of World War II, and loved to tell stories from those days. He was married to his beloved Rita for 50 years, before Rita was called home. They settled in Stuyvesant Town as two of their original tenants. Gerald and Rita had 3 daughters; Suzanne, Nancy, and Geraldine, (his namesake.) These girls only added to the already charmed life that Gerald and Rita shared, and he adored his girls. Gerald’s legacy would be to live every day to its fullest; full of laughter, love, family and friends. He will be missed by those family and friends which include his present wife, Magda, daughters Suzanne Carter, Nancy Parker, and Geraldine Blanchfield, and son-in-law, Kevin Blanchfield. He is also survived by his grandchildren, Julie Carter, Carl Carter and his fiancé Erica, Bill Blanchfield and his wife, Amy, Dan Blanchfield, Brendan Blanchfield, and Rebecca Parker…and last but not least, his great grandchildren, Liam Blanchfield and the late Viola Davis. It is not the quantity of his life, but rather, the quality of his life…the man…the husband, the father, the grandfather, and great grandfather, the brother, the son…and the friend. That is the measure of Gerald Parker’s life.
Monday
4
January

Share Your Memory of
Gerald
Upload Your Memory View All Memories
Be the first to upload a memory!
Share A Memory
Plant a Tree