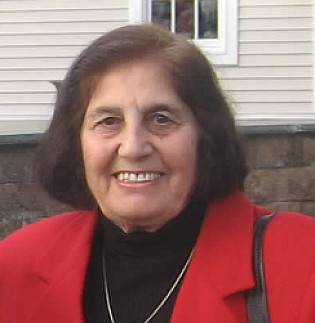 Please share a memory of Cesira to include in a keepsake book for family and friends.
View Tribute Book

Cesira was born in Itri, a province of Latina in the south Lazio region of Italy, to Pasquale and Assunta Ruggieri in 1930. A survivor of World War II, she immigrated to America in 1956. She was a devoted wife to the late Benito Maggiacomo (1977), and loving mother of Concetta (John Tepé), Robert, Alan (Meredith) and Eddie (Ana), and proud grandmother of Melissa, Justin, Bennett, Lucas, Alexandra, Logan and Mason. Cesira worked in the Garment District as a seamstress creating beautiful wedding dresses. She worked tirelessly to put her four children through Catholic schools and college so that they could go on to achieve the American dream. She was a selflessly devoted mother and grandmother who loved to spend time with her family whenever possible.

In lieu of flowers, donations may be made in Cesira’s memory to the American Lung Association (http://www.lung.org/) or American Heart Association (donatenow.heart.org/)