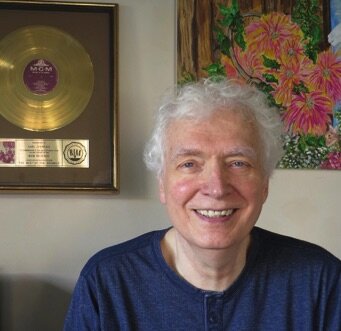 Please share a memory of Carl to include in a keepsake book for family and friends.
View Tribute Book

It's My Life (and I'll do what I want), The Eric Burden and the Animals classic helped energize the social and musical rebellion of the "Sixties".  Written by Carl D'Errico and Roger Atkins, the song has been covered by Bruce Springsteen in his memorable 15 minute version and also featured in his recent DVD - The Promise: The Making of Darkness On The Edge ofTown, Bon Jovi, Shawn Cassidy, David Johansen, Alcatrazz and many  other artists. Carl's music is incorporated in the Rock and Roll Hall of Fame as performed by The Animals, The Yardbirds and Gene Pitney.

A Gold Record recipient for It's My Life by the Animals, Carl has written many chart songs including: No Excess Baggage - The Yardbirds, If You Could Only Be Me - Spanky and Our Gang, Why Did I Lose You -Jerry Butler and I'm Gonna Make You Mine - Shadows of Knight.  Among other artistists who recorded his songs are Major Lance, Gregory Hines, Sally Field and Tiny Tim.

A versatile composer, Carl won a prize in 2002 for his scoring of the film short, Intruder at Cafe Lienzo.  His music is featured in Disney's - Jungle2Jungle, starring Tim Allen, The French film - Les Lyonnais, The Life and Death of Peter Sellers (HBO) and the Sci-Fi feature film - Rebel Storm.

Carl has also written music for the Theatre. In 1984 his Poet's Cafe (with David Johansen) received rave reviews.  Other stage productions include, Vertigo (Westbeth Theater), Tammy Goes On A Fast (American Jewish Theatre) and Not Made For Each Other (The Mirror Rep).  He has also performed his music on stage at various venues including NYC's Bottom Line - The Best of the British Invasion.

Share Your Memory of
Carl
Upload Your Memory View All Memories
Be the first to upload a memory!
Share A Memory
Plant a Tree