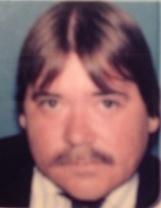 Please share a memory of Michael to include in a keepsake book for family and friends.
View Tribute Book
Michael Sweeney Died on May 14, 2013 at Calvary Hospital after a brave battle with cancer. Michael was the beloved husband of Carmen (nee Reyes) and devoted father of Michael. The loving son of Lawrence and Catherine (nee Barry) and the cherished brother of Robert and Elizabeth (Sissy) Santora. He was the cherished uncle and godfather. Michael grew up in Kips Bay and was a member of the Madison Square Boys Club. He worked in Lucy's Deli and was a member of Our Lady of the Scapular Church ( The Carmelite). In 1974 he started working at Colgate Palmolive where he rose through the ranks and became facilities Supervisor. In 1980 he married his love, Carmen and they were blessed with a son, Michael Jr. Michael leaves a legacy of love and the Rangers will miss one of their fiercest supporters.
Print
Thursday
16
May