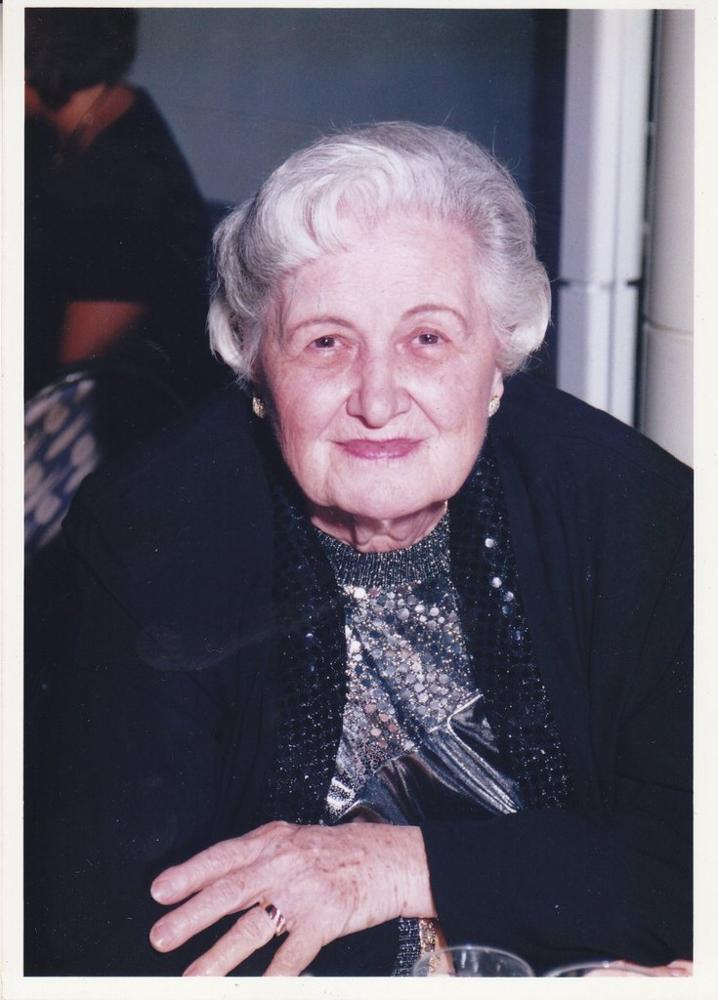 Please share a memory of Mary to include in a keepsake book for family and friends.
View Tribute Book
Mary Ann Hanclosky passed away peacefully on Tuesday June11, 2013, surrounded by her family in Coulmbia, South Carolina. Born on June 22, 1923 in Kukljica, Croatia, she immigrated to New York City where she resided until April 2009. She then moved to Atria Assisted Living Center. In Columbia, South Carolina until her death. For sixty years, she resided in Stuyvesant Town where she and her late husband William E. Hanclosky raised their two sons the late William and Walter. She worked at Guardian Life Insurance for 23 years until her retirement in June 1985. She is survived by her son, Walter, daughter in-law, Ruth, two grandsons Christopher (wife Joyce) and Jeffrey, sisters Julia, Millie and Frances and numerous family and friends.
Print
Friday
14
June