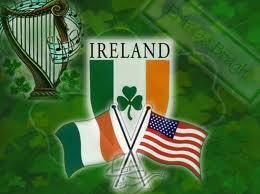 Please share a memory of John to include in a keepsake book for family and friends.
View Tribute Book
James Thomas Greene of New York City died peacefully at Beth Israel Hospital in Manhattan in the company of good friends on July 25, 2011. He was born to Judge Jule B. and Elizabeth (Bette) Greene in Dublin, GA on April 1, 1924. He attended Dublin Public Schools and went on to earn his undergraduate and master's degrees in English Literature at Oglethorpe University in Atlanta, GA, North Carolina State University in Raleigh, NC, Mercer University in Macon, GA, Northwestern University in Chicago, IL and Stanford University in Palo Alto, CA. During World War II, Mr. Greene served in the US Army's 16th Core Headquarters in France and Germany. He taught at Heidelberg University in Cleveland, OH for several years before assuming management of a Manhattan branch of the New York Public Library where he remained until retirement. Mr. Greene is survived by his brother, Jule B. Greene of Macon, GA and his two nephews, James H. Greene of Oxford, GA, and Bradley O. Greene of Burlingame, CA. He was an ardent fan and patron of classical music and hailed as a living encyclopedia of opera. At Mr. Greene's request, there will be no funeral service.
Print