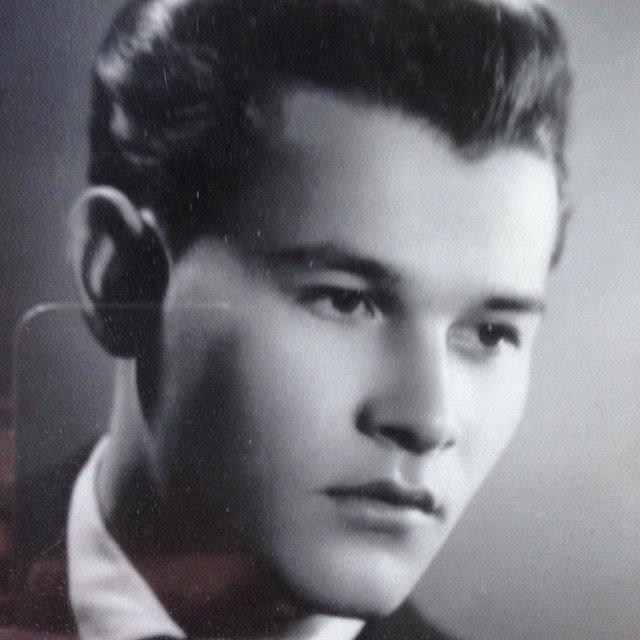 Please share a memory of Sandor to include in a keepsake book for family and friends.
View Tribute Book
Sandor Laszlo Szatmari, 76, of New York, NY, passed away on December 13th, 2014 in his home, after succumbing to a third heart attack. Funeral service and visitation will be held at The Gannon Funeral Home, 152 E. 28th Street on Wednesday, December 17th, at 10:00 am with a family-led funeral. Gannon will be handling the funeral arrangements. Sandor Szatmari was born in Mako, Hungary, the third child of Rozalia Kapota and Sandor Laszlo Szatmari on March 25th, 1938. He attended Attila Jozsef Gymnasium in Mako and graduated in 1956. He escaped Hungary during the 1956 Hungarian Revolution, crossing the Austrian border and making his way to America as a refugee sponsored by Lutherans. He went on to earn his B. A. in History from Monmouth College. Following his undergraduate degree, he served in the United States Army for three years, stationed in Germany, as the Coordinator of Entertainment for the U.S. troops. He then pursued a Master's degree in the graduate program of History at Columbia University. He worked at Little, Brown & Company for 37 years, becoming the National Sales Manager and receiving many awards and wide recognition for the quality of his work and his legendary critical acumen. Sandor Szatmari was one of two management-level employees of Little, Brown to survive its acquisition by Time Life. He was indispensable to everyone who knew him and was known for his warmth, charm, and highly-skilled storytelling. Sandor enjoyed reading, playing chess, following sports, telling stories, spending time with his pets, studying ancient civilizations, and challenging his mind—most of all, he was devoted to his children. He was a selfless man who gave freely and generously of his time, his resources, his knowledge, and his heart. Sandor Szatmari is survived by his five children, Robert Szatmari, Elizabeth Szatmari Krasnoff, Sandor L. Szatmari Jr., Phebe Szatmari, Nicholas Szatmari, his four grandchildren, Eli Krasnoff, Talia Szatmari, Anastazia Szatmari, and Abigail Szatmari, his brother Tibor Szatmari, and his former wife, Phebe Cooke-Pecs. Sandor was also married to Barbara Maria McAllister and Brenda Poggensee. He is preceded in death by his sister, Erzsebet Szatmari, his brother Pal Szatmari, and his parents, Rozalia and Sandor. Memorial donations may be made in his name to The American Hungarian Library and Historical Society in NYC. This honors his love of history, books, New York, and his Hungarian heritage. http://americanhungarianlibrary.org/
Wednesday
17
December

Share Your Memory of
Sandor
Upload Your Memory View All Memories
Be the first to upload a memory!
Share A Memory
Plant a Tree