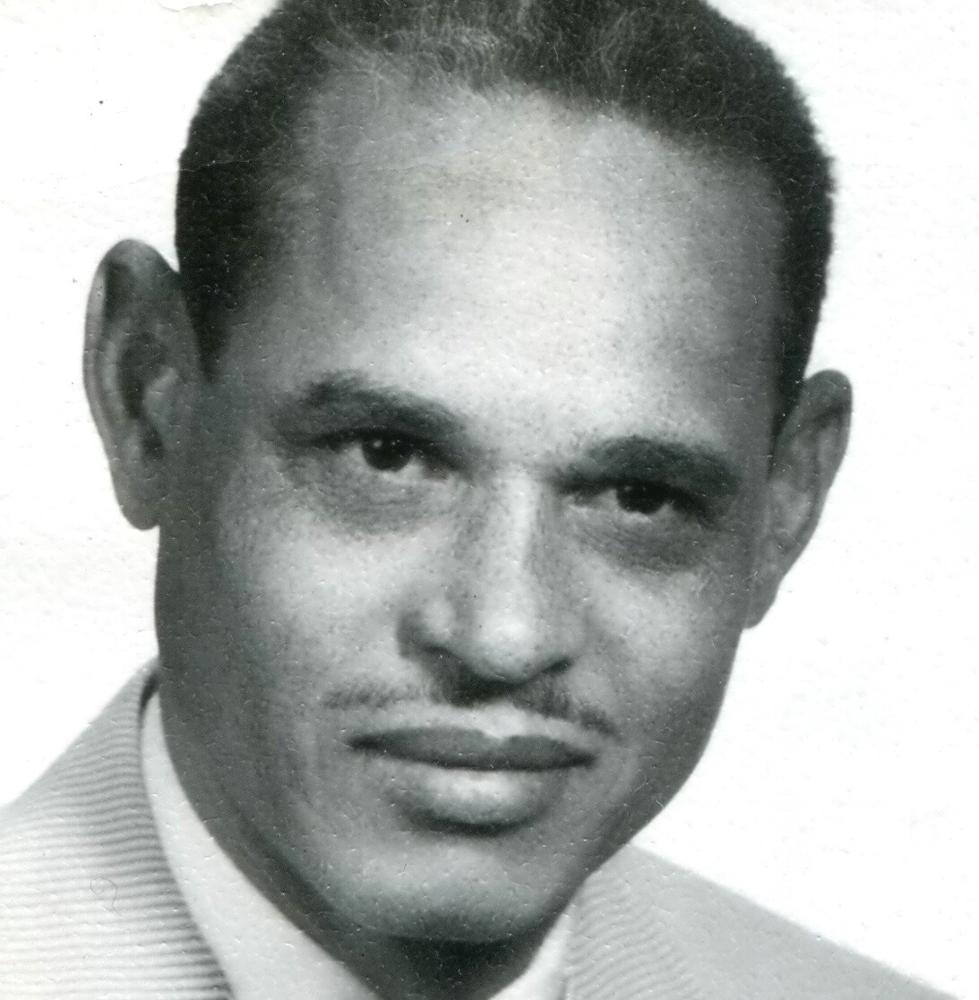 Please share a memory of Kern to include in a keepsake book for family and friends.
View Tribute Book
Haitian Army Colonel’s Final Salute Kern Delince, an author and former Haitian Army Colonel, who participated in a failed coup against the dictatorship of Francois Duvalier in 1963, died on December 30, 2016 at home in Rego Park, New York while under hospice care. He was 93 years old and lived with his wife of 58 years. He had been suffering for several years with the onset of Alzheimer’s disease and prostate cancer. A lawyer, an economist, and political scientist, Mr. Delince authored and published four well-received and internationally reviewed books on Haiti’s economy, military and political life. The books, published in French, included: Armee et Politique en Haiti (1979), Les Forces Politiques en Haiti (1993), Quelle Armee Pour Haiti? (1994) and L’insuffisance de developpement en Haiti (2000). He was born in the southern seaside town of Jacmel, Haiti in 1923. He served in the Haitian Army for nearly 20 years, starting in 1945. He earned degrees in Law and Economics from the University of Haiti (1953). From 1958 to 1961, as a military officer, Mr. Delince spent time overseas studying. He spent a year at the University of Mexico studying psychology and two years at the Institute of Psychology and the Institute of Political Studies at the University of Paris, where he received certificates in psychology and in political science, respectively. In April 1963, while a Colonel in the Haitian Army, he participated in a plot, along with other officers, to overthrow the tyrannical Papa Doc Duvalier regime. The attempted coup failed and the plotters were condemned to death. Mr. Delince, under cover of night, was able to seek asylum at the Brazilian Embassy in Port-au-Prince along with his wife and son Patrick. Within days, several other military officers also sought refuge at the embassy with their spouses. After several weeks, the government permitted the wives and one child safe passage to leave the country but denied safe passage to the officers. It took many months of international pressure before the Haitian government allowed the officers at the Brazilian Embassy to leave the country. On November 30, 1964, upon the officers' arrival in Rio de Janeiro while still under the authority of the Brazilian government Mr. Delince and the other officers were placed on an island off the coast of Rio de Janeiro, called Ilha das Flores. While on the island, Mr. Delince was well aware that the Brazilian authorities had no legal basis to continue to detain him on its soil, since freedom of movement within a host country is a common principle of international law. Early one morning, he convinced a fisherman, whom he had been observing on the island, to take him to shore. Upon arriving at the mainland in Rio de Janeiro, he went into hiding for a while until he was secured safe passage out of Brazil through a number of intermediaries and contacts. On January 27, 1965 he boarded a Pan American flight to John F. Kennedy International Airport in New York, where he rejoined his wife and son Patrick. From New York, he sent a postcard to his fellow officers, who were still being detained in Brazil. Mr. Delince’s other children stayed in Haiti with relatives until such time—years later—as they were able to leave the country. Mr. Delince’s involvement in the coup was well documented in several books and articles, including The U.S. Naval Mission to Haiti 1959-1963 by Charles T. Williamson and The Price of Blood and Papa Doc by Bernard Diederich, and in embassy communiqués and in a number of New York Times articles. In 1967, he earned a Master’s degree in Library Science from Columbia University, and starting in 1968 worked as a professional librarian with the Brooklyn Public Library until his retirement in 1989. That same year, he and his wife moved to Plantation, Florida, where they lived until 2012 when they returned to New York to be closer to their children, due to their declining health. Mr. Delince is remembered by his family as enjoying being home in his pajamas, while perhaps listening to the opera Carmen by Georges Bizet. He was a lover of books, a kind old-fashioned patriarch, a cerebral thinker who always sought the mot juste to express himself, and a man of principle with a strong sense of social justice. With his pen, he called out the internal and external forces that have hindered the development Haiti, home to the world’s first and only successful revolt resulting in independence from slavery. He lived, by his own account, an extraordinary and long life on his own terms. He is survived by his wife, Marie-Elaine Viard Delince, two sons, Jean-Robert and J. Patrick and two daughters, Marlene and Karen, all of whom live in New York City, as well as his sister, Mireille Delince, who lives in Paris, France. He is also survived by ten grandchildren and seven great-grandchildren. A memorial service is planned for January 14, 2017 at the Church in the Gardens, located at 50 Ascan Avenue in Forest Hills, New York 11375, at 11:00 a.m. In lieu of flowers, the family requests that donations be made in Mr. Delince’s name to HACO, a charity that supports education for vulnerable girls in Haiti. www.hacohaiti.org
Saturday
14
January

Donations in Memory of Kern Delince

In lieu of flowers, the family requests that donations be made in Mr. Delince’s name to HACO, a charity that supports education for vulnerable girls in Haiti. www.hacohaiti.org
Online Memory & Photo Sharing Event
Online Event
About this Event

Share Your Memory of
Kern
Upload Your Memory View All Memories
Be the first to upload a memory!
Share A Memory
Plant a Tree