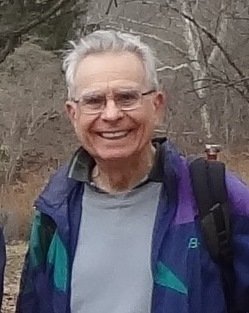 Please share a memory of Enrico to include in a keepsake book for family and friends.
View Tribute Book

Enrico (Rico) Fortunato, 80, of New York, NY, passed away on November 25 after suffering from leukemia for over a year. He was predeceased by his brother Dominick and is survived by his brother Jerry and several nieces and nephews.

Rico was born in Neptune, NJ, to Pasquale and Margaret Mary Fortunato on April 17, 1938. He graduated from Asbury Park High School in 1956 and went on to study at the Massachusetts Institute of Technology, graduating with a B.S. in Aeronautics and Astronautics in 1961. He then studied in Rome and Pamplona, Spain, obtaining the degree of Licentiate in Canon Law in 1967. He returned to the U.S. and worked in Washington, DC for the Department of the Navy at the Naval Surface Weapons Center. In 1974 he completed a M.S. in Aeronautical Engineering at The Catholic University of America. In 1981 he moved to San Francisco, CA, where he worked for many years at the regional headquarters of Opus Dei and oversaw a number of building projects. In 1999 he moved to New Yorkwhere he worked on to help oversee the construction of Murray Hill Place in Manhattan and worked there as building superintendent until his final illness. Rico had a lifelong interest in aeronautical engineering, loved painting and listening to jazz, and regularly rode around New York on a bicycle to keep abreast of new construction projects. He was a man of deep Christian faith and well-loved by all those who knew him.

Share Your Memory of
Enrico
Upload Your Memory View All Memories
Be the first to upload a memory!
Share A Memory
Plant a Tree